George Grayland is a Friend of the SEAW and a regular in our virtual studio on Sundays. He shares some of his lockdown portraits with us here.

Watercolour has been a passion of mine for the last 15 years or so and one of my plans after retirement last year was to paint more. I was lucky to have some regular art groups, including the monthly SEAW session in Hawkedon, but I also went to a weekly portrait group and the odd life-drawing class. I had painted a few watercolour portraits in the past but had mainly concentrated on still-life and animal paintings.

The weekly portrait group nearly always had a live sitter and slowly my pencil and charcoal drawings started to look a little more like the person in front of me. Using watercolour without some form of drawing was much less successful. After a few disastrous attempts I first tried producing a pencil sketch and then tracing the key points (eyes, nose, mouth, rough overall hair shape) onto my watercolour paper as the basis for my painting. That has been my approach to date. As the live sitting was only a couple of hours I would often finish the final details at home.

The obvious major difference initially was all the local face-to-face activities stopped and so, for a while, did any watercolours. This coincided with a large increase in window frame painting as determination set in not to waste the opportunity. But soon the portrait group adapted by sending out a ‘portrait challenge’ image every other week. Any medium was allowed, so I chose watercolour. The early ones, very appropriate at the time, were Captain Tom Moore and Winston Churchill. The second of these is in monochrome but using two watercolour pigments. 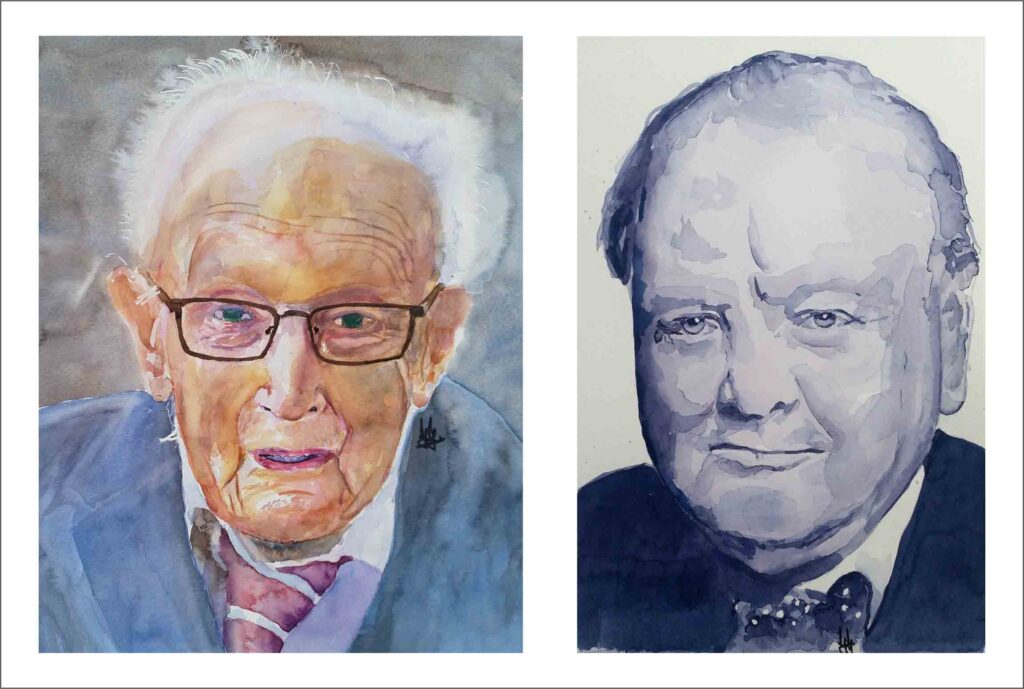 For several years Sky TV Arts had been running a Portrait artist competition where artists, both professional and amateur, could compete to paint a celebrity in front of cameras, an audience and three judges. Scuppered by the lockdown in April they replaced their planned recorded sessions with a live weekly celebrity sitter/artist on Facebook on Sunday mornings for four hours. Anybody in the world could join the session and paint alongside the artist or work later from an image. You could submit your work on Instagram using #mypaotw and they would judge them and announce the winners the following week. There was also edited highlights on Sky TV.

Not being too keen on early Sundays I worked on mine during the week and managed to complete two. The first of Claire Balding and the final one in the series of Mary Beard. 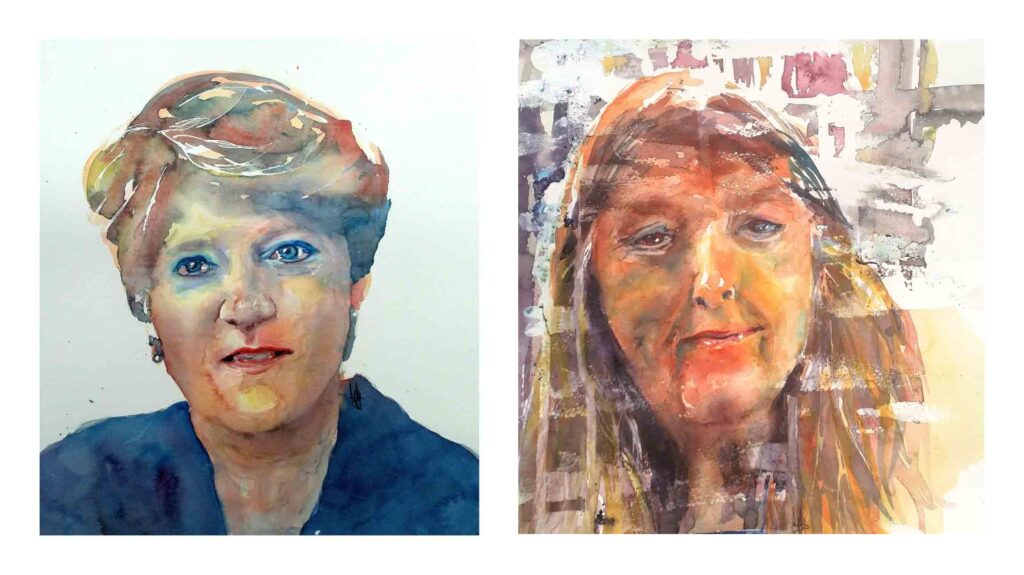 At the end of the 8 weeks over 20,000 portraits had been submitted. I think the greatest buzz for me was getting a ‘thumbs-up’ on Instagram from Kate Bryan, one of the three judges, for my Claire Balding watercolour. I think I will be framing that post. 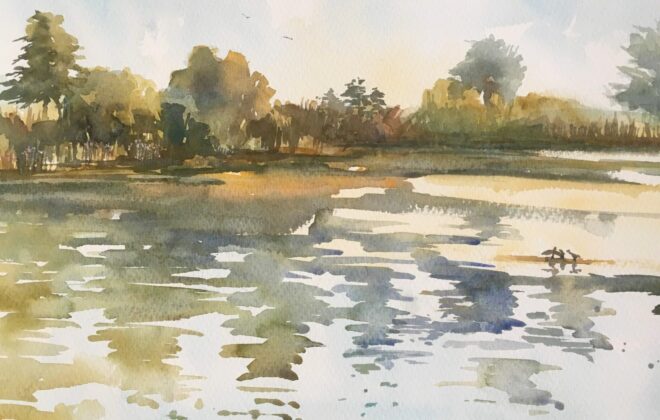 A Festival of Watercolour in Norfolk 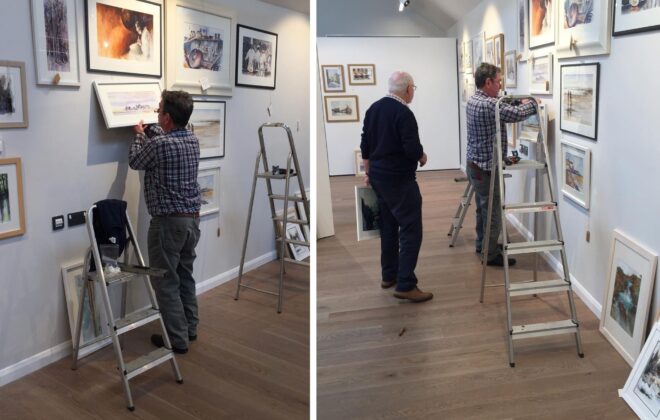 BEHIND THE SCENES – What goes into staging an art society exhibition