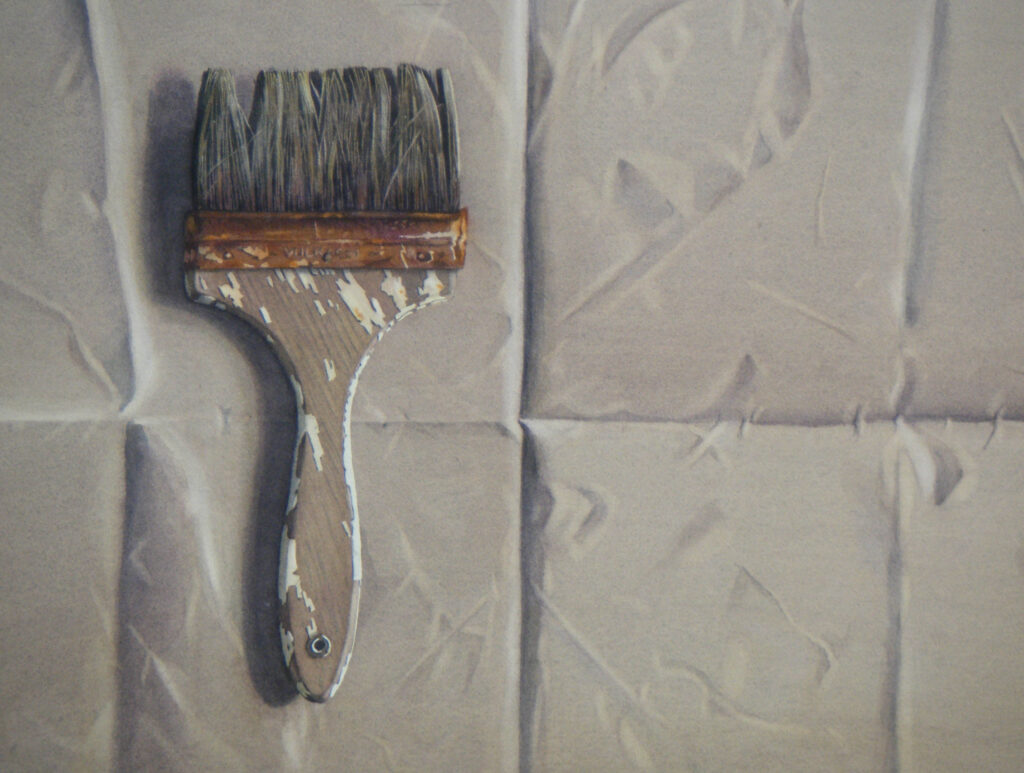 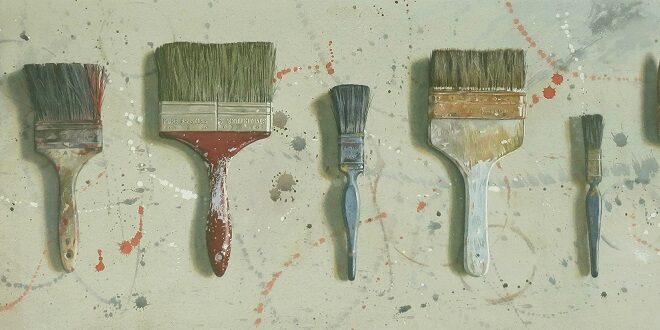 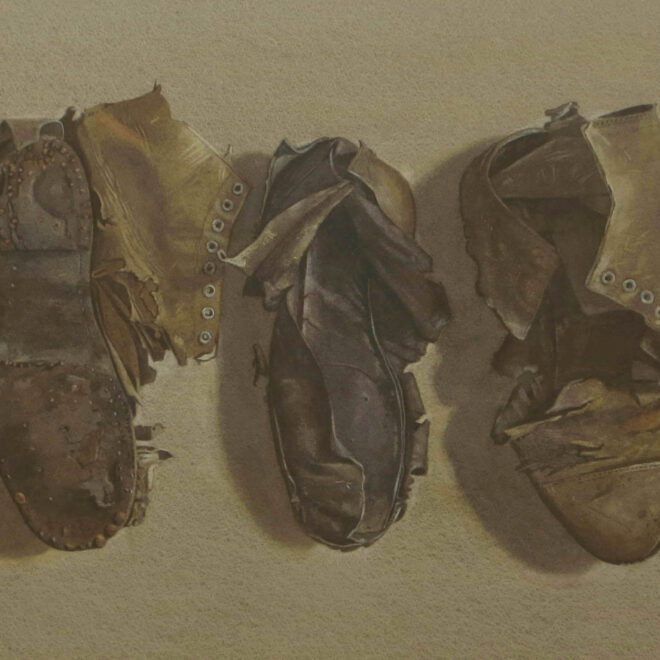 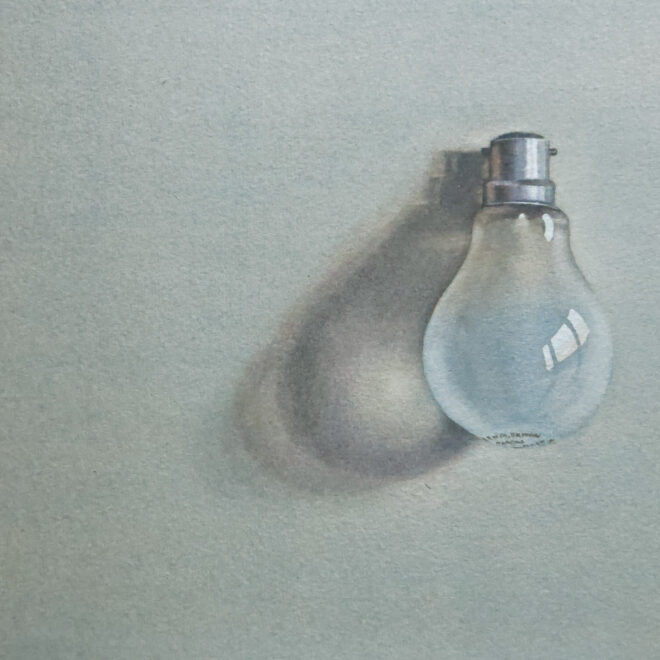 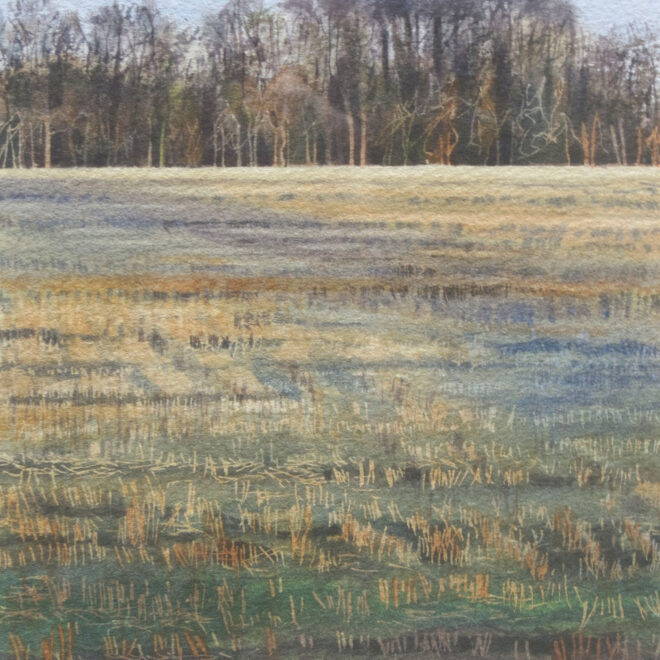 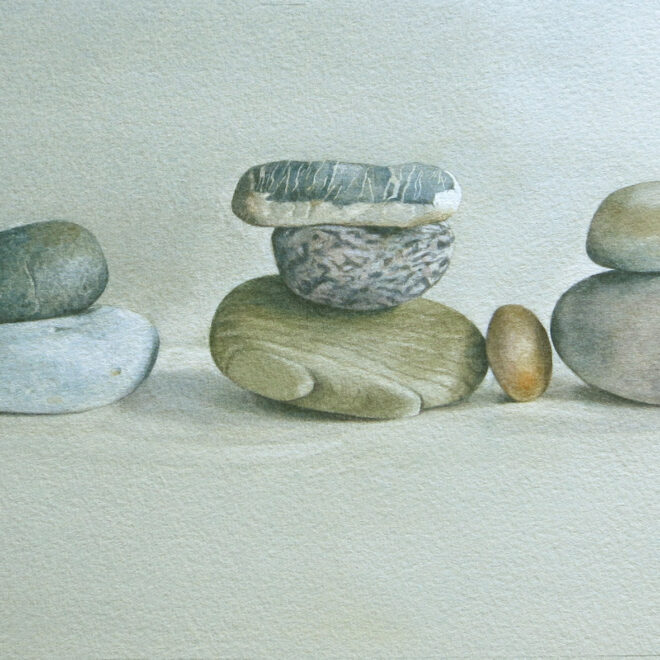 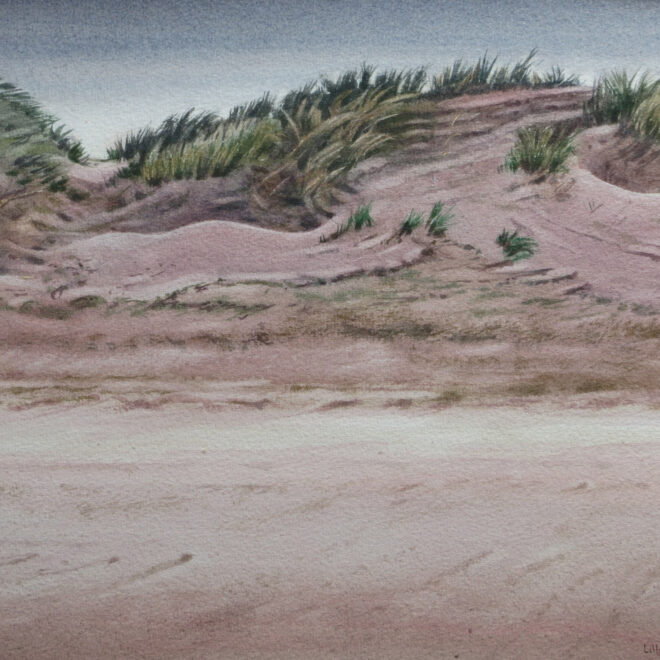 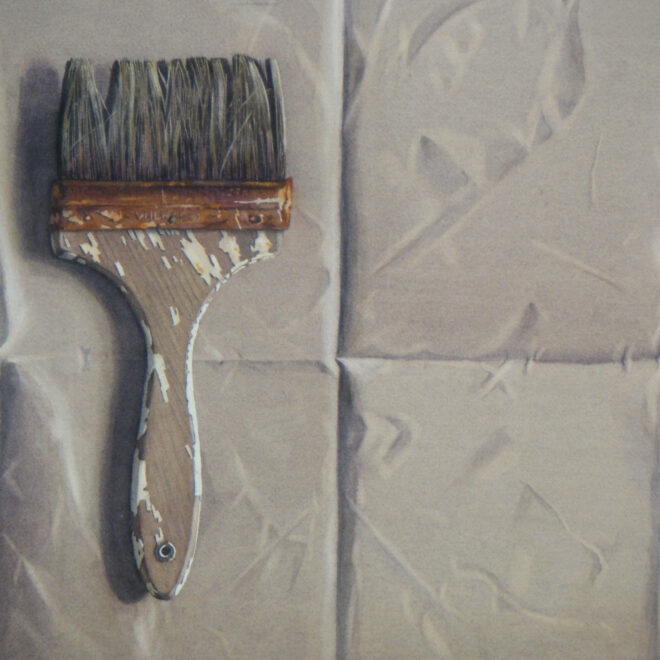 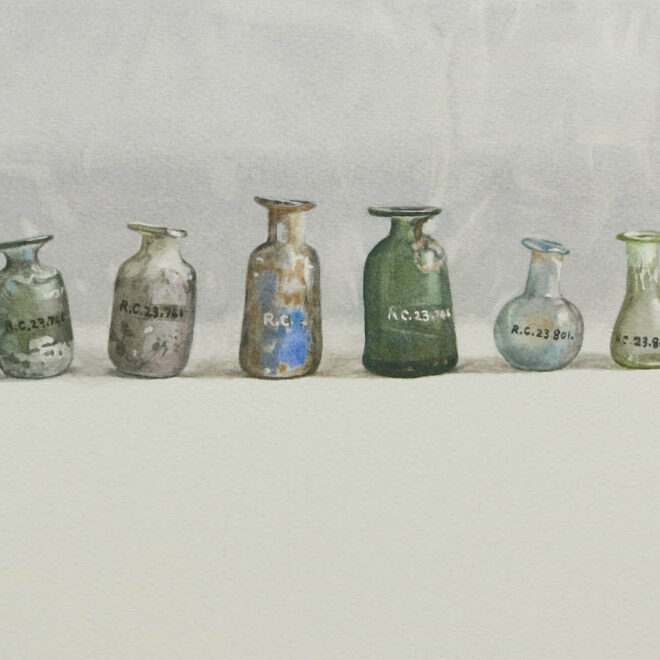 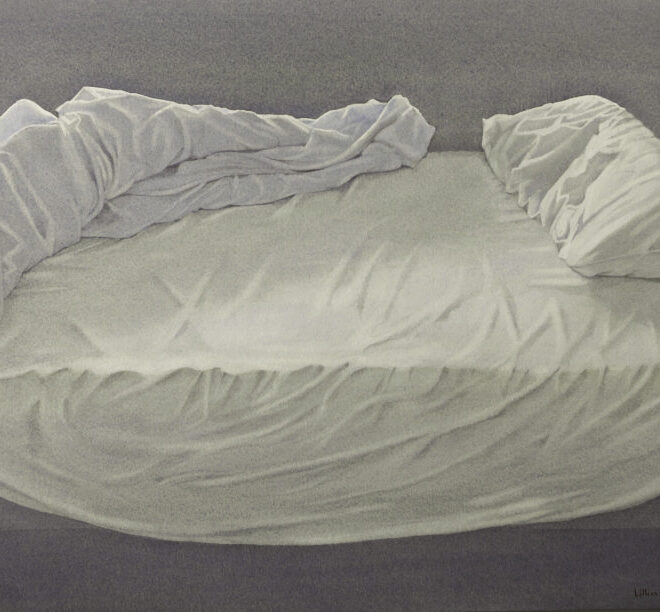 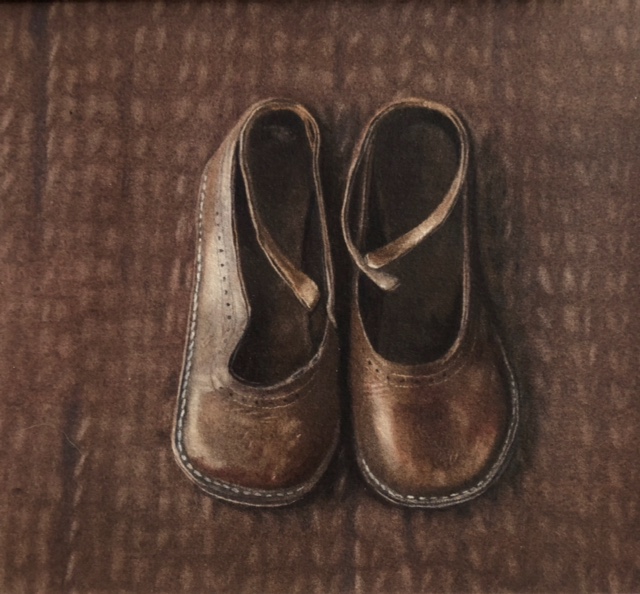 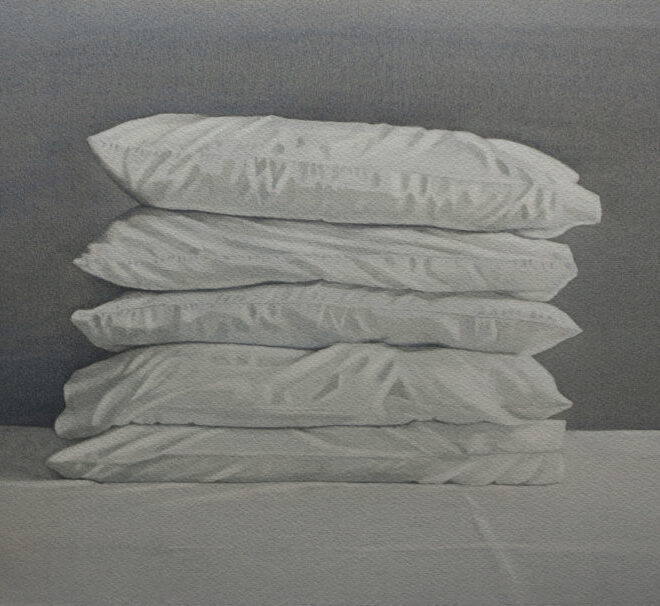 Lillias August (b1955) is a member and Honorary Secretary of the Royal Institute of Painters in Watercolour (RI) and an Honorary member of the Institute of East Anglian Artists (IEA).  She studied Fine Art at Goldsmiths College in London followed by a postgraduate course in the History of Art and Design. She has exhibited widely both here and abroad, receiving several awards at the RI since her election.

Lillias has undertaken many private and public commissions over the years.  She worked as Project Artist during the Suffolk Cathedral Millennium Project (patron – HRH, The Prince of Wales) which included the building of the central tower at St Edmundsbury Cathedral in Suffolk.  An Arts Council England grant enabled her to tour her series ‘Cross’ to five regional cathedrals and she later followed the making of the Tower’s vaulted ceiling.  More recently she has been concentrating on still life painting, working at the University of Cambridge Museum of Archaeology and Anthropology and at the Headquarters of the Suffolk Constabulary.  Both places have provided inspiration for her long still life paintings.

I find an uncompromising strength in ordinary subject matter. It is often the ‘anonymous’ rather than the ‘picturesque’ that steal my heart – understated fenland landscapes, the raw details of a building site and ordinary everyday objects that hold untold stories. I am a committed water colour painter, continually exploring the effects of both applying and lifting paint and enjoying the tension between control and chance. 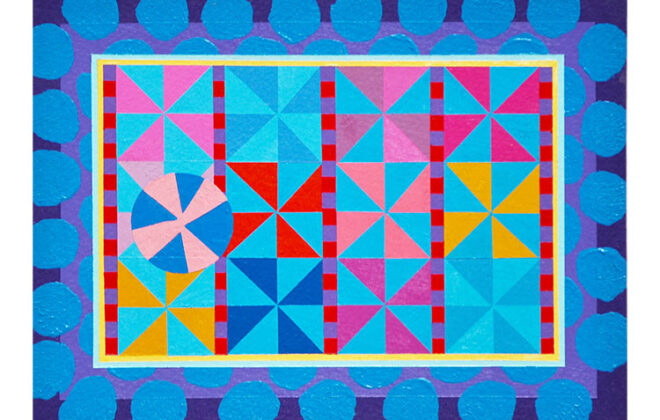 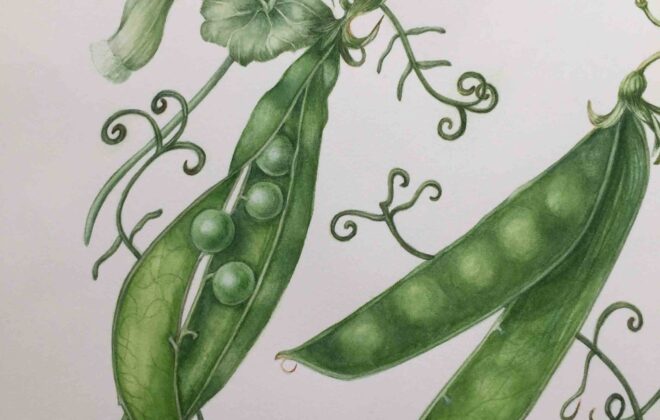 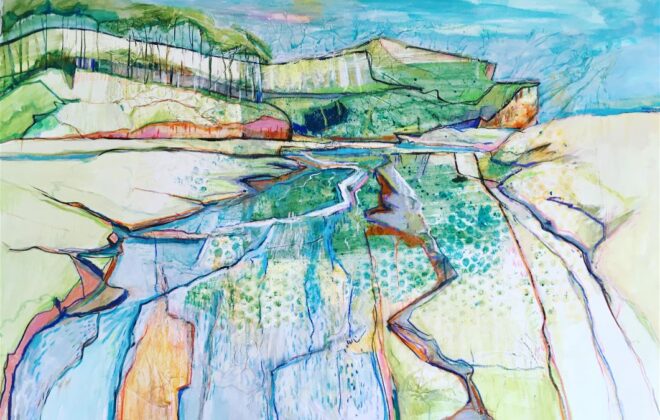 Lesley Munro trained at Duncan of Jordanstone College of Art and Design in Dundee, graduating… 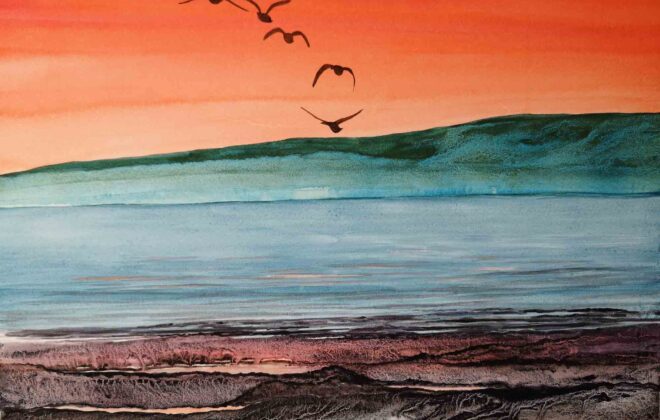 Born near the Essex coast and now living on the Essex/Suffolk border, Jan knows the…