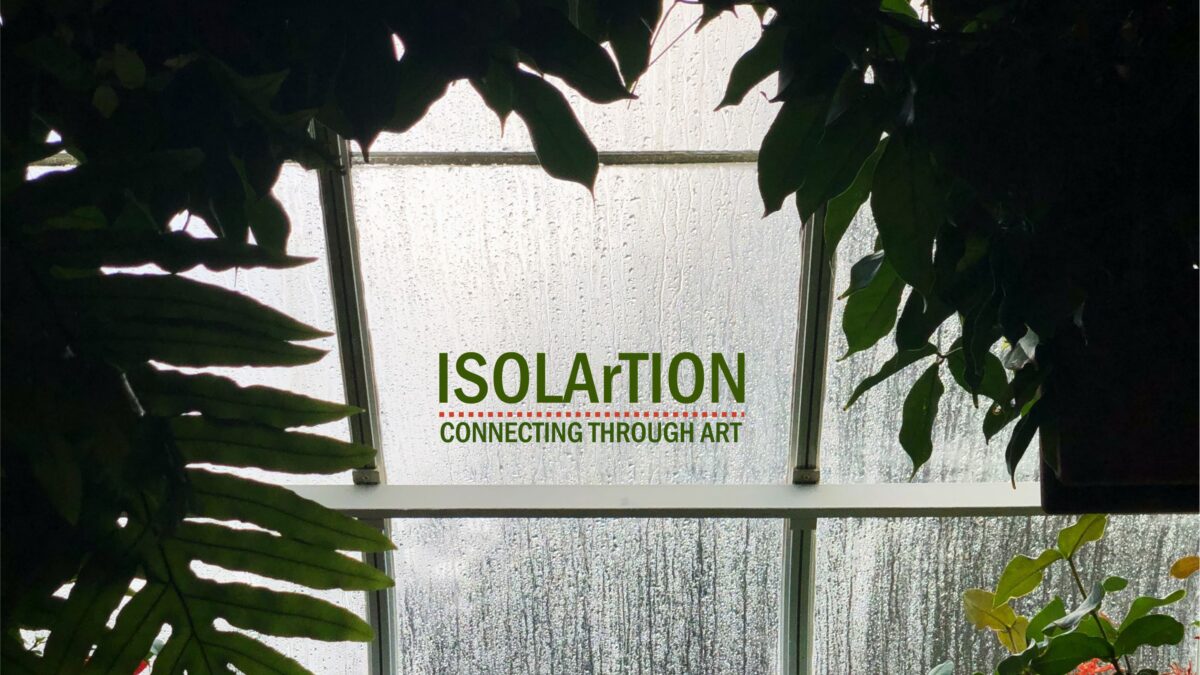 ISOLartION – Fran Godwood on twin joys of gardening and art

To me, just like everyone else, lockdown came as a bit of a shock. My first thought was whether our daughter Anna, who has Down’s syndrome, should come to stay with us or remain in her supported living house. We decided she should stay with her friends, which has turned out very well thanks to the wonderful team of carers. Then it dawned on me that everything I had planned for the summer was cancelled – all the regular exhibitions, the CDS sketch group and Open Studios. I also had an exhibition booked for Saffron Walden Library in May. However, the weather was lovely and the garden beckoned.

I love gardening and had the idea to work on the garden to make it good for drawing in. Though frequently distracted by the weeds and all the other jobs that needed doing, I did manage to do some sketches. I usually start with pencil drawings in my sketch book, take photos and then bring them back to my studio to work on later. This gives me the freedom to get all the important bits down that I want without trying to make it perfect. It is probably my art school training. In the studio I first use a dip pen and FW acrylic ink and then add the watercolour afterwards. I also finished off some pictures that I had previously abandoned when something more interesting came along.

I visited Wimpole Hall when it first re-opened and did the picture of geese below. I called it “One way” because like us humans, the geese seemed obliged to follow a one way system. At our local allotments I took lots of photos of the magnificent sunflowers. I made up two pictures from the best examples on several allotments. These are linocuts with a little watercolour added.

Later in the summer a friend suggested arranging a regular sketching session at the Mary Challis Garden in Sawston. This hidden gem is our very own Lost Garden of Heligan. Mary Challis left the house and garden to the village for everyone’s use. It was very overgrown at the time but had previously been a wonderful garden. It is now well looked after by volunteers. This was the inspiration I needed – although I have done lots of drawing there before, it made me do something each week. I started with lots of sketches of apple trees, looking at their different shapes according to the variety. Taking these sketches further will, I hope, be a future project.

I did two pictures from the holly tree sketch below, one in pen and watercolour and the other a linocut. The pen and watercolour brings out the patterns of leaves and textures, the linocut emphasises the linear forms. I have been doing linocuts since 2016, when I took a year’s certificate course at the Curwen Print Centre. People often comment that my pictures look like etchings and that made me want to try it. I didn’t much like the chemicals, but by the end of the course I had fallen in love with linocuts, which is more hands on. It was good to do something completely different. I sometimes add watercolour to my linocuts just as I do with pen and ink.

Another picture from the Challis Garden that I finished is of geraniums inside a greenhouse. Greenhouses are a favourite of mine as I like the framing of the subject and being able to see both inside and out. I also love geraniums. During the summer I managed to complete another greenhouse picture, this one at Peckover House in Wisbech. Our group ended in November when the weather got too cold and the regulations changed again.

Every November I look for a subject for a Christmas card to paint and then get printed. I was lost for ideas as the prospect of Christmas under lockdown seemed so weird. Eventually I found a photo from a few years ago of our early morning walk in the snow. We had been doing this walk every day since the beginning of lockdown and it seemed the perfect subject. After Christmas it was a nice surprise when a former neighbour, who also did this walk with his wife, asked to buy the original for her birthday. Also below is a photo of my studio when I was finishing off the holly tree picture.

On the whole it has been a good year. I feel very fortunate to have been able to do my art work, gardening and go walking. I also re-discovered bread making. Anna has remained safe and we can take her out for a walk twice a week, when she loves to take photos of flora and fauna. I am really looking forward to seeing the rest of the family and everyone else again in the real world. 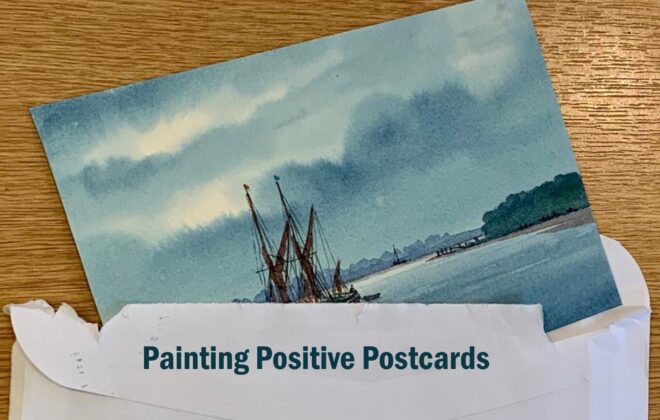